Since 1995, Christian MOULLEC has been the pioneer of flight in a MICROLIGHT with birds.

Inspired by the work of the famous Austrian ethologist Konrad Lorenz and thanks to his great knowledge of the world of birds, Christian Moullec began his first flights with his birds in 1995 aboard a motorised deltaplane that he had adapted.

The initial objective was to raise awareness about the protection of migratory birds and to reintroduce Lesser White-fronted Geese in Sweden. He transformed himself into a bird to accompany protected species on their migratory routes. His inventiveness and deeply held beliefs have been the subject of TV documentaries (Canal +, France 3, TF1, ARTE, France 2...) and numerous reports in the international print media. Some have even since tried to imitate his skill, that has been highly publicised because the spectacle of flying with birds is so exceptional. 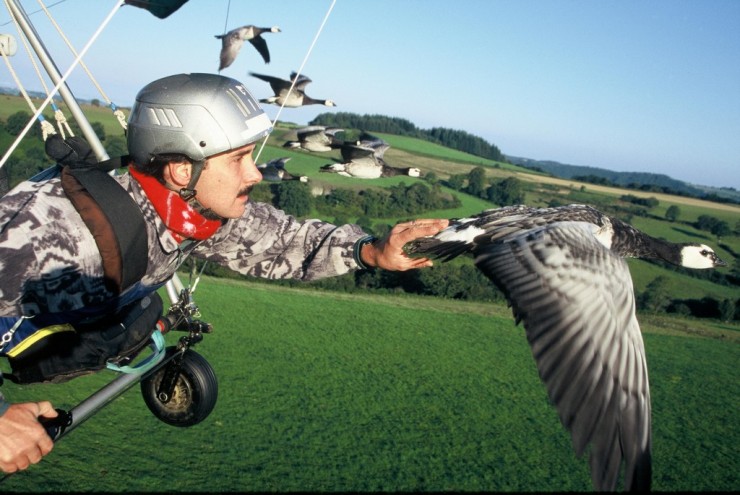 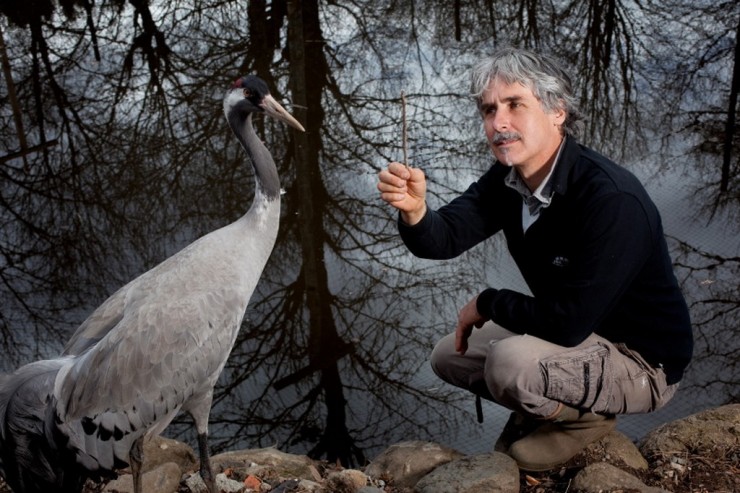 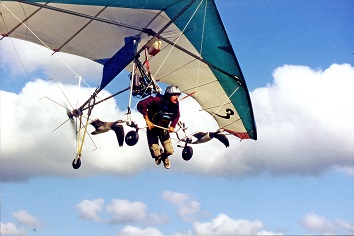 On the front page of Paris Match magazine!

To share your passions with others is to enjoy an enchanted life. It is to discover an inner happiness that those who do not share will never know. 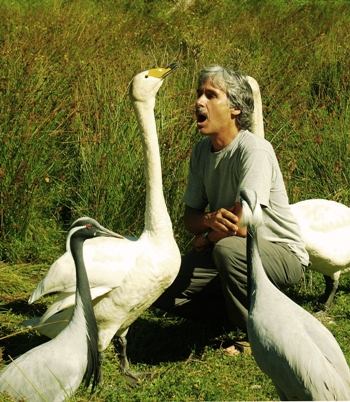 In the company of the man who flies with his birds, Christian Moullec, ornithologist, pioneer, you can enjoy an extraordinary, unforgettable, almost spiritual experience.

Below, in the foreground, his wife Paola migrating through Northern Europe, Sweden-Denmark-Germany, aboard a two-seater MICROLIGHT with a white-fronted dwarf goose formation fading into the distance.